Harry Wheatcroft - The Year of the Roses Project

Culture Syndicates are signposting you to a wonderful project The Year of the Roses. A partnership between Art Culture Tourism UK and OKAY! schools' magazine Italy this international project is dedicated to roses heritage in all their aspects, shapes, and colours.

‘During these difficult pandemic times, we have created this project to uplift people around the world - it is a way to release treasured memories of our roses, bringing family, friends and places closer together. This wellbeing exhibition will share the roses' meaning and creativity to a local as well as international audience’.

You can send them, poems, words and images of roses and gardens as drawings, paintings, mosaics, frescoes, decoupage, collages, whichever form just follow the link at the bottom of this blog.

A bit of local Nottingham heritage that you may or may not be aware of is the rose growers who seemed to reach their peak mid-20th century. Taking advantage of the poor clay soil the outskirts of Nottingham were ablaze with garden centres growing colourful blooms. In the fifties, sixties and seventies the fashion was for bright coloured roses on a meticulously bare soiled weeded ground, and you can still spot the occasional garden designed in this way in the suburbs of the city and beyond.

One rose grower who was particularly famous was Harry Wheatcroft 1898-1977.  Born in Sneinton Nottingham to a jobbing builder. He grew up with strong left-wing political views which caused him to be imprisoned for two years for being a conscientious objector in 1916 for refusing to fight in WW1. Whilst in prison he became very malnourished and was released early and told to work in the open air. His brother Alfred was working in horticulture and so they joined forces and Wheatcroft Brothers were established 1919 on an acre of rocky soil in the outskirts of the city.

By the mid-1920s they were growing 50,000 bushes and showing roses at every available show they could Harry would travel in his gypsy caravan called the Rambling Rose with his wife became quite well known for his flamboyant character and excellent salesmanship. Just before the war the nursery expanded to 14 acres and had 600.000 bushes 4 foot in height.  The war required that the land be ploughed and turned over for food production and the effects on the business meant that after war ended, they were reduced to begging for root stocks from friends’ gardens so they could start again.

Harry is well known for introducing the Peace rose to the UK one of the most successful roses to be sold in this country, he is also known for introducing the Queen Elizabeth rose in 1952. His flamboyancy meant he has often been mistaken for the breeder rather than just the introducer. By the late 1960s the Nottingham nursery was selling 1.5 million rose bushes every year all around the world. Leaving his sons to carry on the hard work of running the nursery in his last years he enjoyed his role as an eccentric whiskered public figure, driving a Rolls Royce and wearing colourful clothes he was interviewed the world over and his face adorned advertising and even the labels on his plants.

Our rose Culture Syndicates are going to submit therefore to The Year of the Roses is the Harry Wheatcroft a brash mid-century barnstorming red and yellow striped rose every bit as showy as the man who grew it! 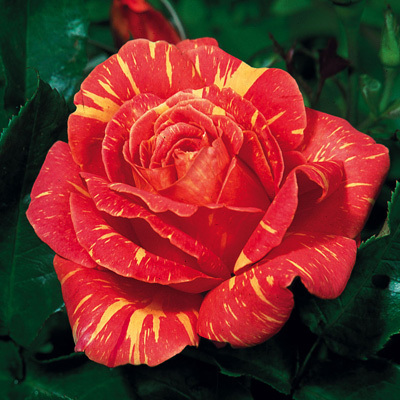 Read more about The Year of the Roses Project here: https://www.artculturetourism.co.uk/yearoftheroses2021.html

Popular posts from this blog

Resilience and coming out the other side - The Heritage Assistant Perspective 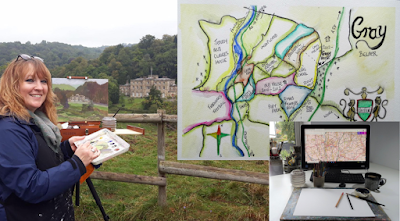 Written by Ruth Gray Heritage Admin Assistant  This post is a reflection on a year that has for many in the heritage industry been challenging, but I wanted to convey a glimmer of hope a small shaft of possibility! I have been a heritage assistant with Culture Syndicates for just over two years, my route to the role has been a lot longer than some! For a start I am much more advanced in age than most of the usual heritage assistants let’s say I can remember history the others cannot! But that it what is so great about Culture Syndicates they are extremely inclusive and non-judgemental, and it was such a joy for me to be given a chance. My career path has been an artistic one, I was a designer in the lace market in Nottingham for twelve years then a wonderful move to Australia saw me develop an artistic practice selling paintings alongside a career in retail that I eventually became a training consultant teaching retail and business to apprentices. A move back to the UK with two childre
Read more 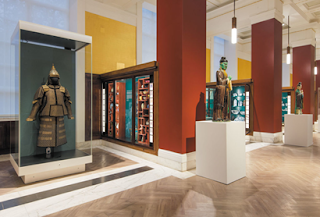 This is a four-part blog it is an introduction to where you can find Chinese artifacts, objects, and Chinoiserie interiors in the UK. So, if you are thinking of booking an around the UK whistle-stop tour based on some of the most beautiful sites and rare objects in the world maybe this could be of use. We are going to start with London, move up through Hertfordshire, and Cambridgeshire all the way up to Durham, the Borders of Scotland, Lothian then back down the other side to just inside Wales back into England to Derbyshire, Warwickshire, Buckinghamshire, Oxford, Gloucester, Somerset, and Dorset. Taking in large and small museums and beautiful country houses. Part 1. British Museum Great Russell St, London WC1B 3DG https://www.britishmuseum.org/collection/galleries/china-and-south-asia The British Museum has been acquiring Chinese material since the time of its founding collection, that of Sir Hans Sloane, in the 18th century. [1] Features from the galleries include ic
Read more

Culture Syndicates
Culture Syndicates supports cultural organisations to promote and widen access to their collections for audiences locally, nationally and internationally, through sustainable partnership working. At the heart of our work is a commitment to building employability for emerging professionals to develop an appropriately skilled and diverse workforce that is equipped to meet the needs of a changing sector. Enabling culture We support cultural organisations to achieve best practice relating to collections, audiences and workforce. Building employability We create paid developmental opportunities for emerging professionals and champion sustainable workforce development in the heritage and arts sector.